Fire Emblem is now considered a Major IP by Nintendo 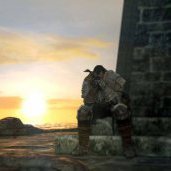 By Time the Crestfallen
April 28, 2016 in General Fire Emblem