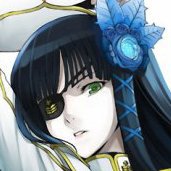 By December Knight
May 3, 2016 in Fire Emblem Fates