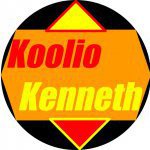 By KoolioKenneth
May 31, 2016 in Fire Emblem Fates

Hana vs. Hinata- Choose Your Side!