Speculation: Could we see an older Fire Emblem Title get a 3DS port? 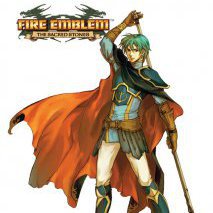