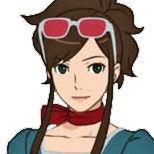 I'm not sure I've ever played a WRPG that wasn't a direct Dungeons and Dragons property, like the Champions of Krynn series type games, back from DOS days.

As far as tabletop goes, I've got experience with a fair few systems, to various degrees. Started with original Dungeons and Dragons, before moving on to 2nd edition, then 3, 3.5, Pathfinder, and 5e (yes, I completely skipped 4). Also played a shortlived campaign of Vampire: The Masquerade (old WOD), and a longer lasting one of Mage (new WOD). I barely remember anything of the one-shot using GURPS that I was a part of from back in my college days, but I might as well list it as a system I at least poked at briefly. I am still disappointed to this day, that the Burning Empires campaign that gaming group I was a part of at CERN attempted to get going never made it past character creation, it seemed like a fascinating system and lore.

Mass effect is weird. ME1 had the best level up things, ME2 had the best combat and IMO the best dialogue, ME3 had nothing. Something that was consistent over all three iterations was the horrible, useless, detrimental companion AI, which made playing on high difficulties unfun.

I played AD&D 2e, 3.5, some 4e and a lot of 5e(mostly running semesterly campaigns for club). Touched on Anima and liked the customisation. L5R mixed 3e and 4e system felt good though I had a good DM.

Mostly looking into all sorts of other cool systems such as Symbaroum for PbP and comparing how smoothly they run in the medium.

I've played Fallout 3 and Skyrim, if those count as WRPGs. Otherwise... Undertale? Does that count?

For w/e reason i can't quote posts so

@Balcerzak Searched it up and read a bit about it, the mechanics sound neat as hell

I played a few random WRPGs back in the 90's but I'm not really a big fan of the genre. (I was pretty surprised when I discovered Baldur's Gate was well-loved, for instance.) I've never actually finished one, though I got close with Exile III. I did watch my fiancee play the entire Mass Effect series and I have a fairly high respect level for those even though the gameplay looked unappealing to me.

I'm a pretty big D&D fan; I've played every edition except the 2nd, and currently DM a 5e campaign. As a gameplay engine I think D&D has some warts (there's a reason D&D's near-coinflip accuracy and heavilly random damage has been abandoned by the system's video game successors) but there's nonetheless a lot to like; the system has a LOT of material, is flexible, and the fantasy setting is a good one which I am personally a big fan of, as are many of my friends. (When I say setting I'm referring to fantasy in general, not the specifically made first-party settings like Forgotten Realms; I don't care about those and my games are set in original settings.)

Mechanics-wise 4e is my favourite; I love the roles, the well-defined mechanics, the fact that physical characters get more interesting options than "attack", etc. But I like 5e quite a lot too; it eschews a few of those advantages but is faster, which is nice for some groups. I'm more lukewarm on earlier editions for sure, and couldn't go back to them now.

@Monde: Yeah, a few guys in a forum about that system did exactly that, although I think they used GURPS of which I know basically nothing other than the name and that it's supposed to be quite easy to adapt to any kind of setting.

I suspect that for us, plain ol' DnD would have been a better choice anyway, since our playstyle mostly revolved around fighting and our heroes becoming increasingly awesome at that. ;) The occasional mysterious-crime plot, too, I guess, but even then we didn't really integrate the 'official' world into our adventures. And the game is balanced in a way that a single fighter will be threatened by three random mooks, even if he would outclass them completely in 1vs1 combat. It's supposed to be semi-realistic (the authors loved the term 'phantastic realism'), which isn't a bad thing in itself, but it's not necessarily what a group of teenagers is really looking for. ;) 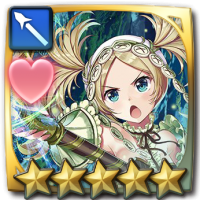 Haven't really played any WRPGs, but used to be really into Tabletop Gaming. Played a lot of D&D (3.5) and Star Wars systems (mostly Saga and a bit of d6). I generally learn towards support roles, so I enjoy Bards/Clerics in D&D and Nobles in SW. My most memorable character, though, was a Wilder in a Psionics-based campaign. Sadly haven't played in ages since I was mostly reliant on my (now ex-)boyfriend to find/run groups, and now I live in a country where I don't even speak the main language and I don't really care for online campaigns. Still, it's a fun part of my past and something I hope to get back into some day.

>What WRPGs have you played? Which one would you say you liked the most?
As I wouldn't quite consider Diablo a RPG, not that many, actually. The AD&D Masterpiece Collection (composed of 6 games - though I couldn't finish either of the Dark Sun's titles, because I didn't have a mage in my party to handle the brutal final battle of Shattered Lands and Wake of the Ravager simply glitched), Baldur's Gate 1 & 2, Dragon Age Origins... and I think that's it? I've been meaning to play a few others, but... too many games, too little time. BG2 is still my favorite.

>Ever played Tabletop? What systems? If DnD, which editions?
I've played a little of a few systems, but the only campaigns I've done, either as DM or player, were on 2E AD&D. I've been playing a 2E Ravenloft campaign for over roughly twelve years now (for reference, the party is around levels 10-14), though that one is finally nearing completion. While I do own a few basic 3.0 books and generally appreciate the d20 system in abstract, I've never actually played it.

>Favourite Class?
Though I've been stuck with a depressingly frail mage for a decade and mained a fighter in BG1 and a fighter/mage in BG2... I actually like clerics. If I had the chance, though, I'd probably try and roll an archivist.

>Favourite Character from a series? Maybe favorite OC character of your own?
Does Keldorn qualify 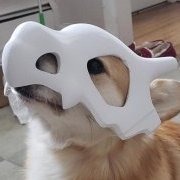 Baldur Gate 2 is still one of the best for me. Mass Effect 3 is almost a pure FPS, even Dead Space franchise has more RPG elements than it. Dragon Age is so-so, a little too boring for me. Elder Scrolls were fun but they keep doing the same thing again and again, this franchise couldnt surprised me no more. Diablo 2 is still fun no matter how many times I played it. Vampire: TM was fun but the combat is kinda bad if you ask me. Fallout 4 is a colossal disappointment, this franchise is death for me. Mount&Blade is simply the best. Stars war KoTR is simply Neverwinter Night 2 reskin, while it's fun, I simply dont understand why people adored it so much like that. Neverwinter Night 1 was okay, 2 was good but too buggy. Icewind Dale 1&2 are good but also buggy. Dues Ex failed big time. Torchlight franchise is so boring. Grim Dawn is great. Titan Quest is like....good, I think. The Witcher franchise is so great, TW3 is the best RPG I have ever played. Divinity franchise is odd with bad game, bland game and good game. Pillar of Eternity is lite Baldur Gate with some new features. Hand of Fate is a nice little game. Legend of Grimrock 2 rocks! Victor Vran is garbage.

Being evil is simply the best feeling so evil classes are my favorite.