Who to use for Light magic? 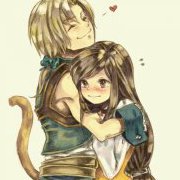 By SullyMcGully
March 18, 2017 in Fire Emblem: The Sacred Stones