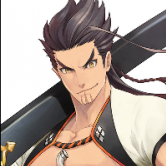 Is Shadows of Valentia really worth the purchase?

By Shigure, May 25, 2017 in Fire Emblem Echoes: Shadows of Valentia