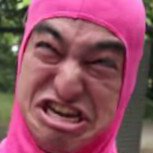 If there were to be a manga/anime adaptation of Echoes, who do you think would canonically die?

By Nintenderper, June 10, 2018 in Fire Emblem Echoes: Shadows of Valentia