Speculation on the next story chapter 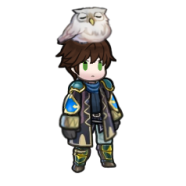