(speculation) how I think amiibo will work (spoilers maybe?) 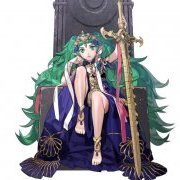