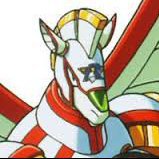 Village in Heroes of Light and Shadow destroyed by Horseman

By XIII Hearts, February 22, 2020 in Fire Emblem: Heroes of Light and Shadow