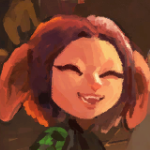 By Integrity
December 23, 2020 in Fire Emblem: Path of Radiance