Would the weapon tiers be better if it worked more like this? 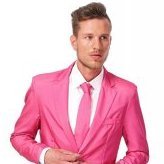