Your best, worst and most disappointing unit. 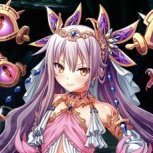