Oh boy, another one of these to do…JUST TRY AND KEEP UP, FOOLS!!!

If you live in Utah, come play FEØ with me at the GameHaven in Bountiful on Thursday nights(7-10PM-ish), it's fun and we might even be able to get some trades done, hey? Don't know how to play? Visit my FE Wikia Profile's Blog Page for instructions! Don't have any cards of your own? Pffft, I play with these guys who preorder like 15 boxes for every set, we've got stuff we can lend you for the evening!

As a side note that you didn't want to know but are getting anyways, you can find me on the Yu-Gi-Oh! Card Maker Forum under the name MUDKIPISAWESOME!!!(I made it when I was obsessed with Mudkip, in case you couldn't catch that). Shoot me a PM if you're also on here and want to add me to your Friend List.

Like cute girls and giant mechas? This game may be the one for you!

I write things from time to time, with a particular focus on a single Story I'm working on, and I'll be putting links to Google Docs for these Story Fragments here, hopefully in some semblance of order. Also constantly on the lookout for good artists who wouldn't mind doing a request for at least one of SEVERAL OCs of mine from said Story.

A "!" means it was updated within the last month and is therefore slightly less of a waste of your time.[citation needed]

A SoulWeaver's Journey - Fire Emblem Fates - My Serenes Forest Scribbles entry, showcasing early into the Fire Emblem part of the saga of the legendary Arilon.

Avia's Tale - Beginning - Much later than the above document, this Fragment gives a short look into the Wanderer Avia, who turns out to be a character many here may recognize...

A Promise Kept - A work-in-progress Fragment depicting yet another later look into Arilon's past, showing his exploits go very far back indeed...

Eventually, I'll put up a link to where I began semi-collabing The Shadow Tactician: To Challenge Fate with @TheSilentChloey, but not right now, I'm busy playing card games.

And now, some of the Wanderers, commissioned here on Serenes Forest as adorable Heroes Sprites! 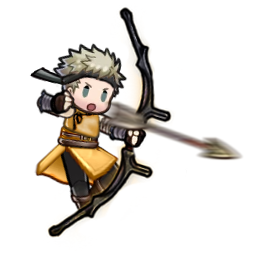 The Chosen Shaft of the Demon Bow, Orvar! (Done by Apples)

The mysterious Dragun - Kudos if you recognize her from her other appearance in our world! (Done by Nankaina) 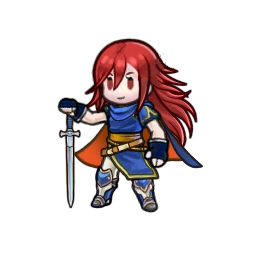 The Young Lioness, Heir to the Awakening-Era Lycia, Aer! (Done by Apples)

I can now be found on DeviantArt! You'll have to find me on your own, though. I guess I can spare a hint for you...

YOU WANT TO FIGHT AND TRY TO BE THE ONE TO BRING ME DOWN, BUT I KNOW, THERE'S NO CHAAAAAANCE, AND I KNOW, AS SOON AS YOU SET FOOT INSIDE MY DOOR, YOU'LL FALL VICTIM TO MY, METAL DAAAAAAAAAANCE!!!

GAMMA STAND FOR YOU ARE NOW UNCHAINED, YOU'LL BRING PEACE TO A WORLD GONE INSANE, RESTORING THE FREEDOM TO MAKE YOU WHOLE, WHAT GOOD IS POWER WHEN YOU'RE OUT OF CONTROL?!?!

…The nerdery is strong with this one...

Sailing to coffee seas,
With sugar stars falling to me
From sunset to sunrise
I'm hearing you

Likes records playing out of tune
Oh, what can I do?

(Then your mouth starts moving
And my veins are pumping)

I had a nightmare last night

(Flood the raging fires
Raise the clouds up higher)

It was about you and…
Well, the rest doesn't matter